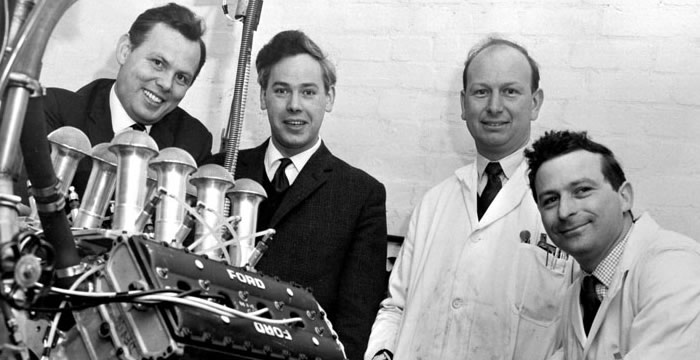 For the last 60 years Cosworth has continued to deliver firsts on the racetrack and the road, as they have since 1958, when Mike Costin and Keith Duckworth formed their new company to “make a living messing around with racing engines.” 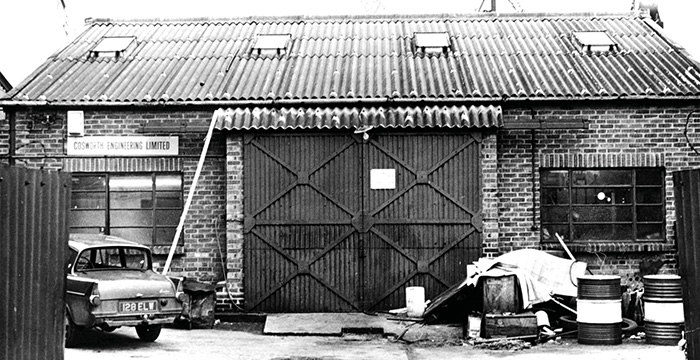 Cosworth launch their first engine for Formula Junior a year after their launch, claiming their first victory just a year later. Based on the Ford road engine, Cosworth’s engines were one of the first to break the 100 bhp per litre barrier and dominate in Formula 2, 3 and Junior. 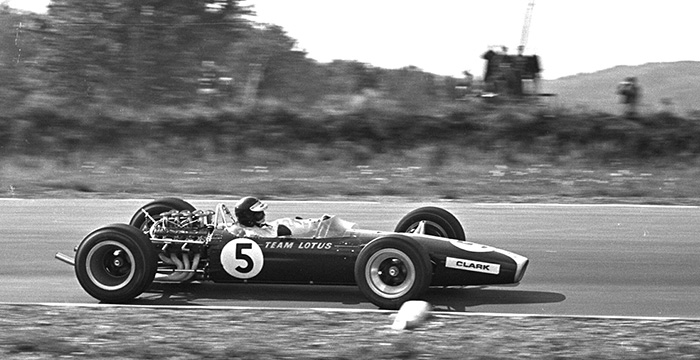 Approaching their first decade, Cosworth launch the DFV into Formula 1. It wins first time out and goes on to become the most successful Formula 1 engine of all time, with notable drivers such as Graham Hill, Jackie Stewart and James Hunt all claiming victories. Throughout its Formula 1 history, the DFV engine is used by more than 55 teams including Team Lotus, McLaren, Tyrrell, Brabham and Williams. 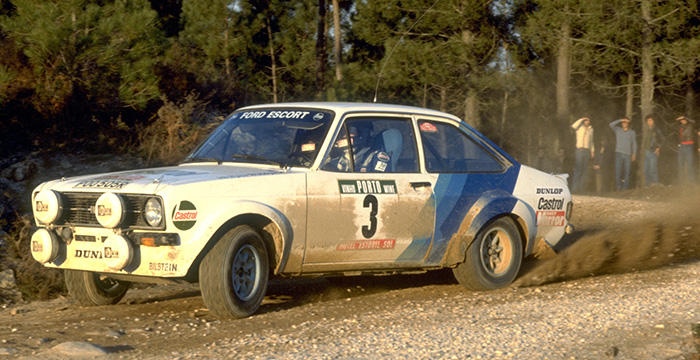 Cosworth launches the BDA, their first mass production road engine, developed and released for use by Ford in their Escort road cars. Not content with conquering the roads and rallies, variant models of the engine go on to great success in Junior categories on the track, such as Formula Atlantic and Formula 2. 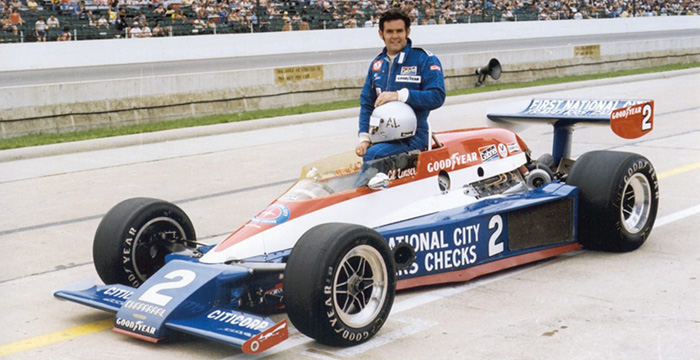 Cosworth launches the DFX, a turbo-charged version of the DFV into the U.S, where it goes on to win 10 consecutive Indy 500 races and dominates the series for a decade. 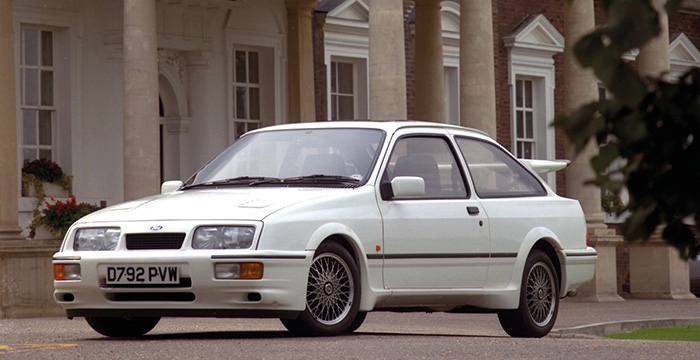 In 1984, Cosworth launch the WAA, a twin-overhead cam development of their existing motorsport engine for the Mercedes’ 190E road car. The engine is Cosworth’s largest mass-produced engine of the time, with over 5,000 units produced every year. A year later, the legendary Cosworth YBB hits the road, powering the new Ford Sierra RS Cosworth. Over the next decade a number of variants are released including the YBC for Group A rallying, the YBD for Group A Touring cars and the limited edition Ford Sierra RS500 and the YBT & YBP for the Ford Escort RS Cosworth. 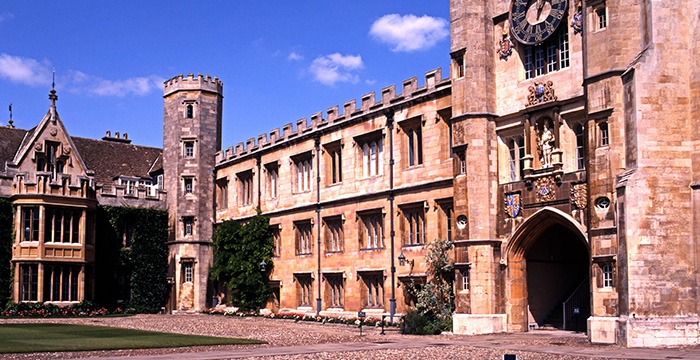 Cosworth’s present-day electronics division is founded by Cambridge University researcher, Tony Purnell under the name Pi Research. The launch of their Black Box is the first electronic dash display and combined data logger to be used in professional motorsport. This ground-breaking technology means for the first time race teams can evaluate if changes they make to the car actually deliver a competitive advantage. 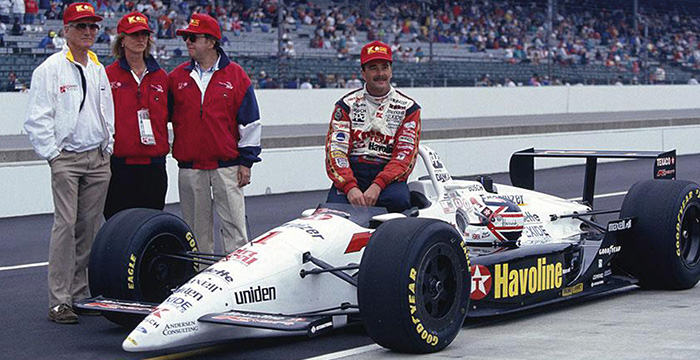 Cosworth launches the XB engine, an all-new design built both in the UK and USA, leading to Nigel Mansell taking the IndyCar Drivers Championship that year. At the same time in Europe Cosworth engines are the class leaders in Touring cars, winning multiple championships under the bonnet of Ford Mondeos and Opel Calibras. 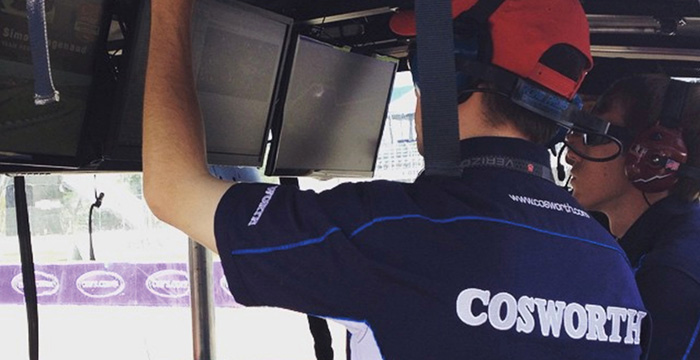 Cosworth continues its history of innovative firsts with VIDS1 (The Video Indexed Data System), revolutionary technology for synchronising video with logged data. For the first time allowing teams to easily cross-reference how car and driver are performing on the track. 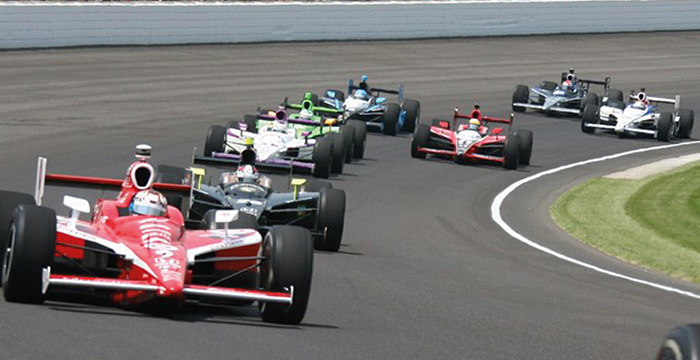 With Chevrolet backing, the XG sees Cosworth win 3 races in its first season of the new IRL Indycar series. With the launch of the XFE, Cosworth becomes the sole engine supplier for the Champ Car World Series and Cosworth Electronics supply the complete set of car electronics to both series. 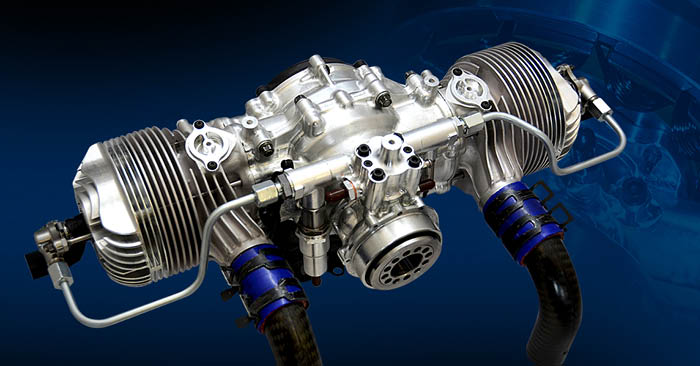 With the US Navy in need of a high performance, fuel efficient propulsion solution for its jet fuelled UAVs, Cosworth developed the AG2, a dependable opposed ‘flat’ twin engine that far surpassed the targets outlined, providing unrivalled fuel efficiency coupled with astounding durability. 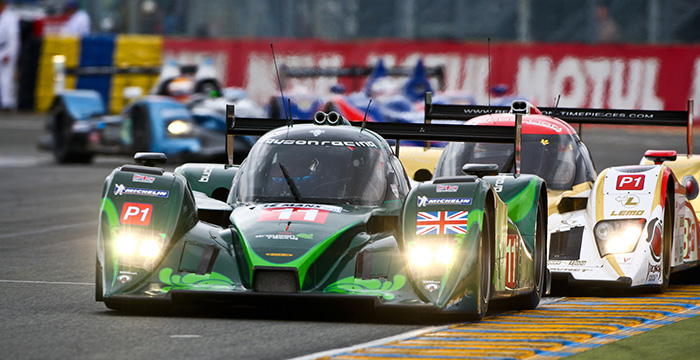 Cosworth begins exclusive delivery of custom scrutineering for the Intercontinental Le Mans Cup (now the World Endurance Championship) to include all 55 cars, delivery of data across a pit lane network and real-time analysis. Later in the year, Cosworth also develops a new generation of dash-logger and power management systems for the Porsche GT3 Cup. A new WiMax based 4G telemetry system, Live on Air ™ provides a dedicated network for the series, media partners and teams completing in IndyCar. 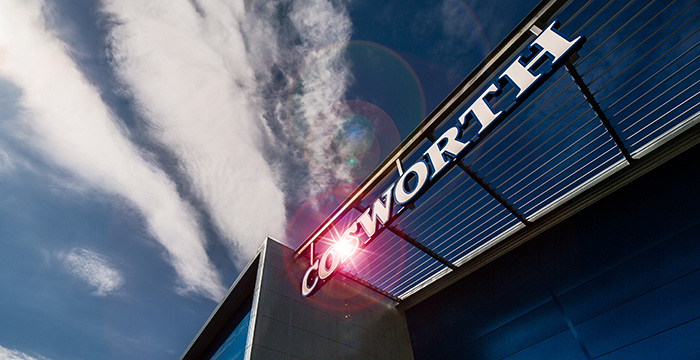 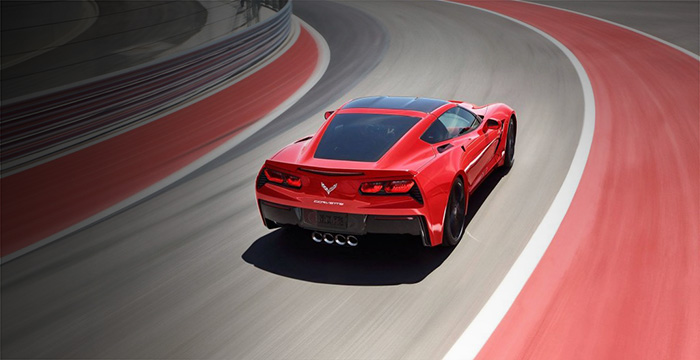 Cosworth launch PDR (Performance Data Recorder) with Corvette, a development born of Cosworth’s long-term partnership with the Corvette Racing team. The PDR is a breakthrough in on-board analytics, turning vehicles into an advanced driving analysis tool, offering real-time video and audio and 34 channels of performance data. 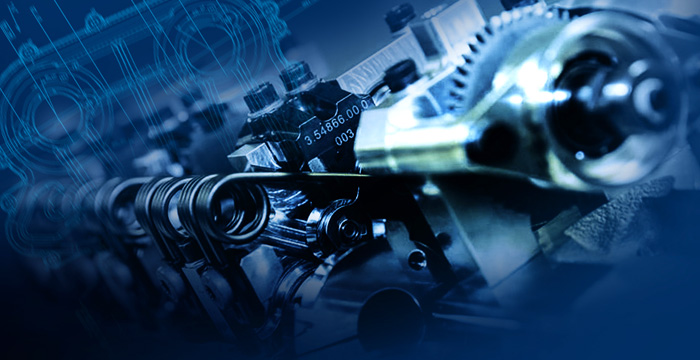 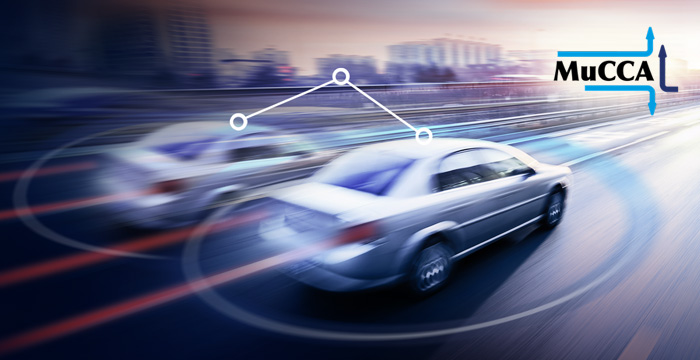 Working as part of a UK consortium, Cosworth uses its vision and data logging technologies in the Multi-Car Collision Avoidance project (MuCCA), aimed at improving operation and safety of autonomous and connected vehicles.
Read more 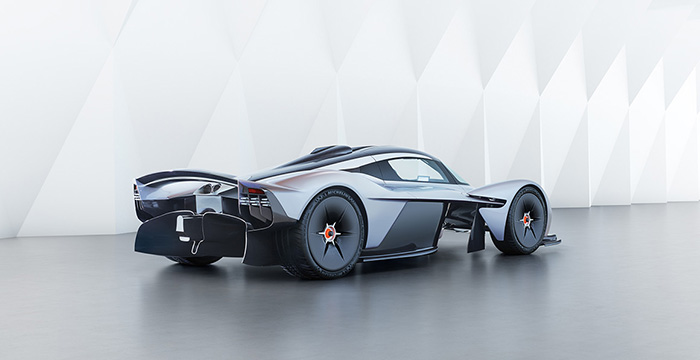 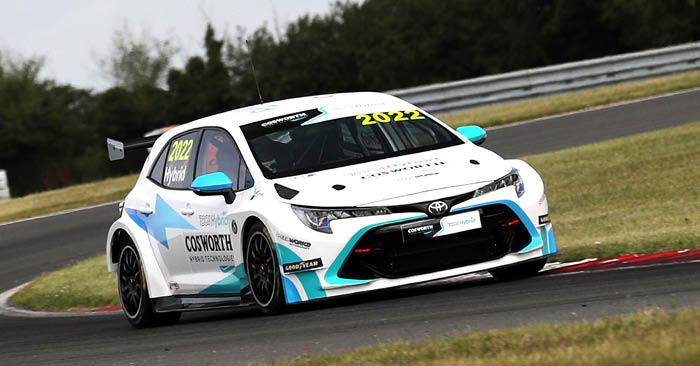 Cosworth becomes the official supplier of BTCC’s spec hybrid powertrain package. Development commenced in 2019 and the technology will be rolled out for the 2022 season. Hybrid forms an important part of Cosworth’s vision and offering for future mobility solutions. 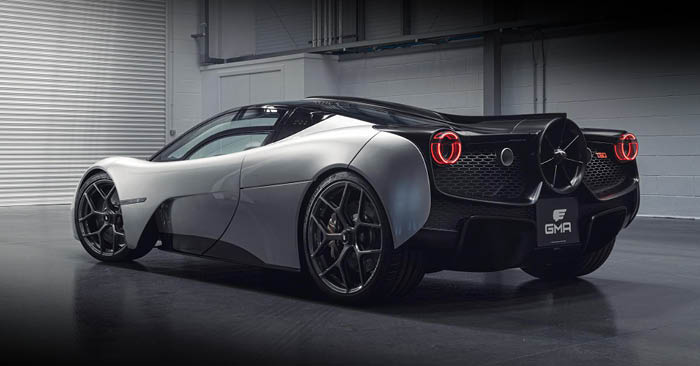 Cosworth partners with GMA to produce and develop the 3.9-litre naturally aspirated V12 engine that powers the T.50 supercar. With the focus trained on driver engagement, we delivered the highest-revving and most responsive naturally aspirated engine ever fitted to a production road car. 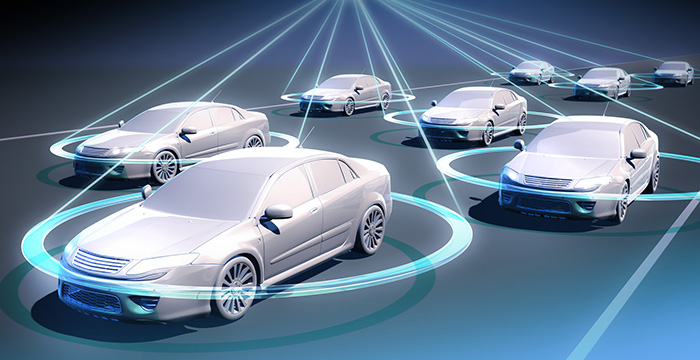 60 years after being launched to “make a living messing around with racing engines”, today we are the forefront of propulsion, hybridisation, connectivity and automation technologies, ready to solve the new challenges on the road, racetrack and in the air with the mobility solutions of the future.