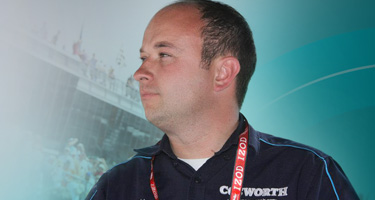 Cosworth Electronics’ Head of Support, Neal Bateman, has seen his childhood dreams become a reality over 16 years working with our company.

Neal keeps a track record – quite literally – of all the motorsport circuits he has visited in his life, both personally and professionally. With over one hundred on the list from around the world, including Indianapolis where he spent time working, he is one of our most travelled employees.

Neal’s passion for electronics has seen him carve out a unique career, one that plays a relevant and pivotal role in today’s automotive landscape.

How has your role at Cosworth evolved over the years?

I’ve been with the company for 16 years, starting out initially as a Technical Support engineer for our Formula Ford and karting customers. Over that time, I have been very lucky to have been involved in many different race series and working on some exciting vehicles. Since 2013, I have been in more of a managerial role and now have global responsibility for our electronics product support.

What academic path did you follow to end up at Cosworth?

I studied automotive engineering at Loughborough. I completed a year in industry as part of my course and spent this working for electronic sensor companies. This really started me down the path of understanding the technology involved in measuring critical parameters on vehicles. I used this experience in my project work at university, performing practical aerodynamic tests of bicycles, using a basic data logger and interpreting the data. From there, I ultimately started working at Pi Research, which would become Cosworth Electronics.

Was motorsport always on the agenda for you?

Yes! Right from a very early age I was introduced to cars and motorsport by my parents. I remember going to all sorts of different motorsport events in my childhood and amassing an impressive collection of die-cast models. As I got older, from the amount of time I had spent watching different cars on circuits, I noticed that they all moved differently on track; I started to recognise the variances between the cars at the front and those at the back. I think from that realisation it was inevitable that I would look to progress those observations. With Cosworth’s reputation in the world of electronic data and control systems, it was a natural fit.

What have been some of the standout motorsport moments in your career?

I was given the opportunity, with Cosworth, to live and work in the USA for a period of time. One of the highlights of the year for me was arriving at the track for the Indy 500 and feeling the atmosphere and build-up to the start of the race. The sense of occasion that is generated for that day will always stick with me.

How has Cosworth changed in your time with the company?

The world of motorsport is ever-changing; if you stand still then you are instantly behind. Cosworth has naturally adapted to the changes in the motorsport world. One of the big changes I have noticed is the shift in our customer base from teams to race series, as electronics has become a popular area to mandate. The number of professional racing classes where the teams decide the major electronic parts is now very small. This has meant a change in the way we approach business. We have been successful in BTCC, LMP2 and IndyCar, among others, as well as with many major OEMs.

What makes Cosworth so unique in the market?

Cosworth is able offer a complete powertrain and electronics solution to our customers. We have such a depth of knowledge and experience that we can fully integrate engine and chassis electronics. Our capabilities can manage all the powertrain requirements, supply electronic hardware to control the electronic power systems, record the vehicle data, design and manufacture the wiring looms, calibrate the whole car, as well as transport the data via telemetry to be viewed in data analysis software.

What is the future of motorsport in your opinion?

Motorsport is facing a critical time. While the sound of high revving internal combustion engines will always be enjoyed for many years to come by fans, to stay relevant the sport must embrace the new technology designed to be more environmentally friendly. High-cost hybrid and electric vehicles have started to be introduced at the technically advanced end of motorsport. The TOCA hybrid system, in which we are playing a leading role, will demonstrate that Hybrid integration can be achieved for a much lower budget. There is still a need for motorsport to make changes at an operational level to reduce its carbon footprint, and also plenty that can be embraced at grassroots with alternative fuels rather than traditional petrol and diesel options.

How has electronics evolved over the past three decades?

When I started at Cosworth the desire was always for more data. Going back 30 years, there was effectively one data point per lap from the stopwatch on the pit wall. These days, it is now in the millions. We now also have hundreds of thousands of data points via telemetry links to update the pit crew on the vehicle live. Demand for faster rates and larger storage capacity used to be the targets and this was satisfied by the advances in computer technology over the last 15 years. The challenge now – and going forward – is in developing systems to process the vast amounts of data quickly and efficiently so that our customers can make the right decisions immediately, in some cases using the telemetry data before the car has even stopped in pit lane to plan the next engineering or strategic change.

What do you think of recent growth of esports?

Esports has massively increased the accessibility of motorsport. There are now platforms where you can find yourself sharing the circuit with F1 stars and competing on a level playing field. It has a place in motorsport, and it will be interesting to see how esports drivers transfer their skills into the real world. It also gives series and drivers the opportunity to continue fan engagement during the off-season by hosting esport events, adding a new audience for team sponsors and drivers to promote themselves.

What would you advise young people interested in pursuing a career in engineering or STEM?

Get involved! It is really encouraging to see the number of STEM-based extra-curricular activities available at the moment. There is something very satisfying about being set a technical challenge and having the freedom to form your own thoughts and ideas to then develop into a solution and test them with others. When recruiting for our support team we really look out for candidates that have experience of logical problem solving and a technical curiosity to understand how and why things work. 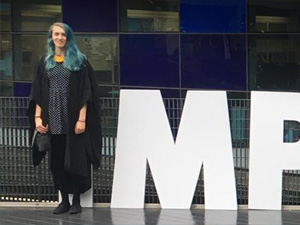 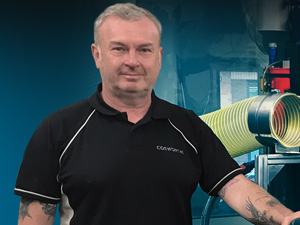 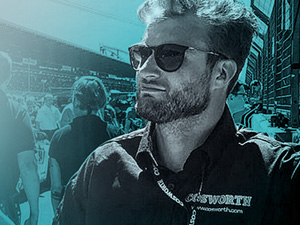 It’s in our DNA to push boundaries and make history. Developing the @PlanetGMA T.50 V12 #engine allowed us to unleash our raft of capabilities. The result? The T.50 sounds superb, looks fantastic and leaves the competition in the dust! #Cosworth #GMA
https://www.cosworth.com/case_studies/case-study-t-50/

OEMs are demanding increasingly impeccable standards from their partners. Our Advanced Manufacturing Centre (AMC) delivers products designed and machined to meet and exceed the stringent demands of the #automotive, #aerospace, #motorsport and #marine sectors.
#Manufacturing #OEM

Follow
We are known for pushing boundaries and making his

For decades we have been developing data-driven pr