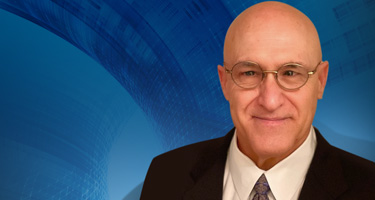 From working on space shuttles to helping our company skyrocket into an exciting future, our Chief Technology Officer Chris Crespi has had a fascinating and hugely varied career. In a newly created position as Cosworth CTO, Chris offers a unique outlook on our business with a focus on education and teaching.

Chris, what is your background and what path have you taken to get to Cosworth?

“I was one of those kids in school who was a little all over the place, got in a lot of trouble but also got good grades. Somebody recognised that harnessed what I did and pointed me onto a career in science. I got a degree in electrical engineering, microwaves and lasers, so I landed a job designing radars for the aerospace industry. I worked on radars for the space shuttle, for instance.”

And how did your career take off from there?

“Communications were my thing. I went off to Hewlett Packard to make test equipment, and designed chips. I learned some really neat things at Hewlett Packard; they really taught you how to be an engineer. There, you were allowed to grow and experiment, literally 15% of my time was free for me to build anything I wanted. HP being a test equipment company, I always had the most advanced and up-to-date test equipment on my bench to experiment with. So, I really learned how to be creative.”

How saturated was the tech market?

“At the time, believe it or not, nobody wanted to cover tech. At graduate school, Kellogg at Northwestern University, I earned an MBA and landed myself in Silicon Valley. It was an amazing experience. One company got onboard with my tech ideas and we grew it from there to become very successful on Wall Street and show everyone how instrumental tech can be. I was at the peak of my career with two children, when my wife was diagnosed with fourth stage breast cancer.”

How do you even begin to deal with a situation like that?

“Fortunately, I had the resources to do that. So, to stay in touch with technology, I served on the boards of public companies on the NASDAQ and the NYSE. That allowed me to take care of my kids and get them going; they were both in that important learning and pivotal stage of their lives. My wife sadly passed away and a new chapter started.”

What were your next steps?

“This is where it goes full circle. I thought back to when I was at high school and how somebody brought me forward and recognised something in me that others didn’t. I taught advanced chemistry and physics at high school for kids aged 14 to 18 years old. On top of that I also coached American football for a very successful team called De La Salle High School, which is actually where I went to high school myself. They’ve made movies about us; we were and still are the winningest high school team in the history of the United States.

I also worked as a COO for an Artificial Intelligence company doing image scanning in the medical industry. I got to know them very well when my wife was sick. We wanted to achieve something truly amazing and I believe we have succeeded in that. It’s very cool. We’re a group of scientists from around the world who hunt neutrinos. We’re now hunting for tumours and helping people that would normally suffer. It’s been a lot of fun and I still help them out a little with organisational intelligence.

Life was pretty cool, teaching and consulting, but the opportunity came up to become CTO at Cosworth and I couldn’t turn it down. I fell in love with the people, not the company. I am loyal to the people within an institution and they’re what convinced me that Cosworth was the one.”

Who have been the major inspirations in your career – either people or brands?

“First of all, everybody has to say their parents. I grew up lower middle class, my parents worked very hard so they can do what I like to call ‘the grind’ and so I learned how to do that and how not to put things off. I’ve had a couple of teachers and coaches in school. Don’t underestimate the influence a coach can have on a kid that loves sport, girl or boy.

In industry, there’re a lot of people I’d like to point out. Kevin Kalkhoven, a shareholder of Cosworth. Another one is a gentleman, who has now sadly passed away, Mark Smith who started the company called ADTRAN – an absolutely brilliant individual.

The former CEO of Cisco, John Chambers, we pretty much grew up together. There are some great venture capitalists that I got to know. I do have to say, there’s men and women that I’ve met throughout my career that you can draw inspiration from.”

What does the role of CTO mean for Cosworth – and to you?

“One of the jobs of a CTO is that they have to be a centre of education for everybody at the company. I firmly believe that the best way to ensure that you have good people is to help them, train them, make them better. Quite frankly, make them more valuable to the outside market, because if people leave you, other people notice, and they’ll come to work for you. That’s what I did that on Wall Street and the individuals who assisted me went on to run businesses. Whenever I opened up a position for somebody to work for me, I would have tons of people come in because they knew I would not try and hide them, I’m bringing this approach into Cosworth. I think we will build on the exceptional individuals we have already and attract new talent that will take us to levels of success that we could only imagine.”

What’s your take on the health of the automotive industry?

“The industry has been forced to focus on markets that are going to move ahead despite the uncertainty associated with an economy in a pandemic. A while ago we had all these great ideas and concepts that were going to happen in the automotive market and, guess what, they’re not all going to happen. Some of these innovations and advancements can still happen, so everybody’s focused on these very narrow paths. If you want to be there and succeed, you’re going to have to be very good at what you do.

To me, what’s happening is simple economics; supply and demand. We have more people demanding and the supply has become stagnant or quiescent, it isn’t growing.  The areas that are growing has everybody focusing on them. This means that we have to produce innovations with pinpoint accuracy and provide not just great solutions, but the best solutions.

If you could summarise how you’d like Cosworth to be perceived by the public in ten years from now and the steps the company needs to take to get there?

“Internally, we’ve talked about it. We want to bring in more education. We want to bring more focus. I think we need to tear down some of our infrastructure, governance and the way we do things so that we can build the right foundation for the organisation to grow in the right directions. We need to improve our efficiency from every person in every division, but I don’t mean that as working harder, we’ve got to learn how to work smarter.

We’re in an extremely pivotal moment right now, and it will take some time for us to show where we’re standing after this transitional period. But I do see us involved in data, in alternative propulsion and I see us still producing products for the likes of Gordon Murray Automotive and running special projects like we’re doing for Aston Martin on their Valkyrie.

Quite frankly, it’s not bad being the best in the business because people will come to us. I want Cosworth to be seen as a worldwide brand in automotive. You may say we are already there, but I’m saying that in a much wider sense, beyond the realms of our own industry. A much larger brand. If we do things right, I think our brand will be far stronger than it is now and, believe me, the Cosworth brand is already incredibly strong now. I’m really looking forward to seeing how far we can take it and what the future holds for us.”